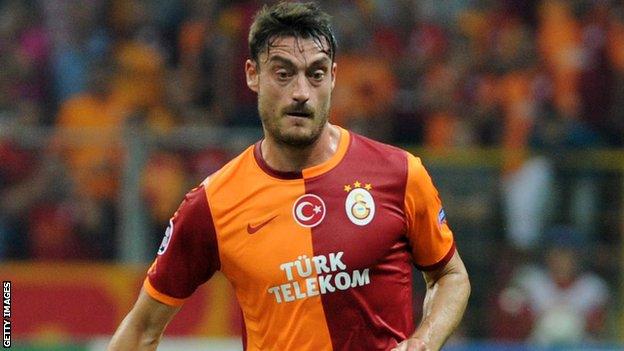 Former Liverpool and Spain winger Albert Riera has joined Watford for the rest of the Championship season.

The 31-year-old, who was released by Turkish side Galatasaray in January, has an agreement to join Italian side Udinese in the summer, but could be loaned back to the Hornets next season.

Both Udinese and Watford are owned by the Pozzo family from Italy.

Riera joined Liverpool from Espanyol for £8m in 2008 before moving to Olympiakos for almost £5m in 2010.

He had his first taste of English football when playing 19 games for Manchester City during a loan spell from Espanyol in 2006.

Riera, who won 18 caps, returned to the north west just over two years later when Liverpool signed him, and he made 56 appearances for the Anfield club, scoring five goals, before departing for Greece.

Meanwhile, long-serving Watford defender Lloyd Doyley has signed a new contract to keep him at Vicarage Road until the summer of 2015.

The 31-year-old has played 432 times for the club since making his debut in 2001 and is currently sixth on the club's all-time appearances list.