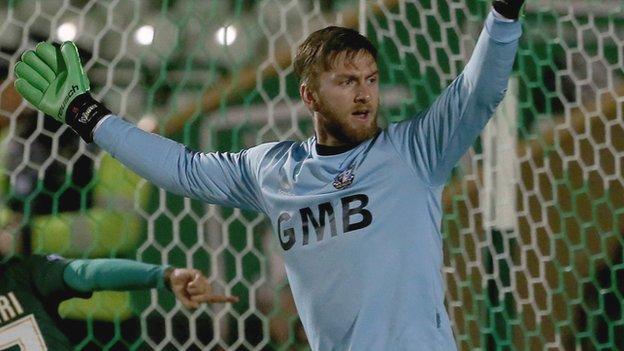 Port Vale goalkeeper Chris Neal is likely to miss the rest of the season with an ankle ligament injury.

Neal was carried off on a stretcher seven minutes from time during Saturday's 3-2 home win over Tranmere, following a challenge with Rovers defender Ian Goodison.

Development squad keeper Ryan Boot has been recalled from loan at Worcester City and will travel as back-up.

Neal has missed just nine matches for Vale since signing on a two-year contract from Shrewsbury Town in July 2012.