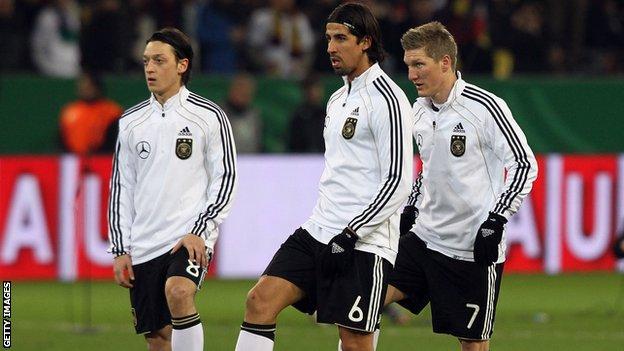 Scotland will play their opening Euro 2016 qualifier with Germany in September at the home of Champions League runners-up Borussia Dortmund.

Gordon Strachan's team begin their bid to reach a first major finals in 18 years on 7 September at the 65,718-capacity Westfalenstadion.

For Dortmund's league matches, when standing is permitted, the stadium can hold up to 80,720 fans.

Scotland's last visit to Germany was a 2-1 defeat in Dortmund in 2003.

Fredi Bobic and Michael Ballack were on target in the Euro 2004 qualifier before Neil McCann pulled one back for Berti Vogts' side.

Scotland will also take on Georgia, Poland, the Republic of Ireland and Gibraltar in Group D as they aim to reach the next European Championship finals in France.

When the draw was made last month, Strachan said: "The Germans might make one mistake, possibly two, but I don't think they have failed to qualify for a major tournament, so the rest of us will be looking for second place.

"It will be really tough for everyone in the group."