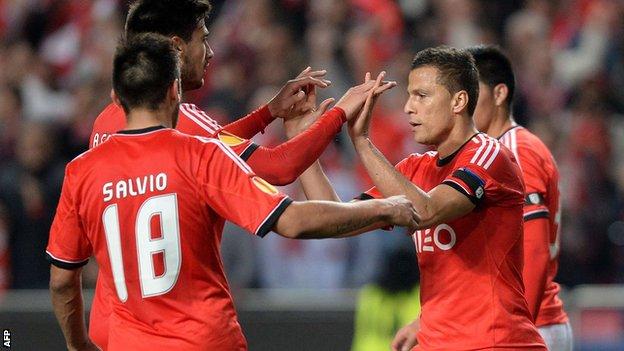 Portuguese leaders Benfica have been drawn against Dutch side AZ Alkmaar in the Europa League quarter-finals after beating Tottenham in the last 16.

Italian champions Juventus, bidding to become the third team to contest the final at their home stadium, face Lyon.

The last-eight ties will be held on 3 and 10 April, while the final is on 14 May at the Juventus Stadium in Turin.

Swiss champions Basel are paired against Spanish side Valencia, while 2011 winners Porto take on Sevilla.

Tottenham's 5-3 aggregate defeat by Benfica on Thursday means there is no Premier League representation left in the competition.