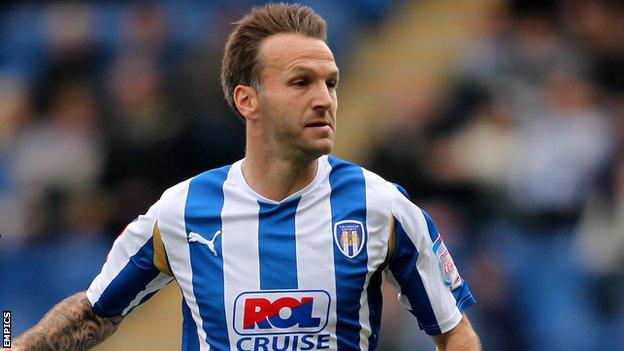 Colchester United winger Karl Duguid will retire at the end of the season after playing 475 games for the club.

The 36-year-old spent 12 years with the U's from 1996 before returning after a three-year spell with Plymouth.

Duguid captained the U's to the Championship in 2006 and is seventh in their all-time appearance list.

"It is a little bit sad but you don't need to be a rocket scientist to realise that my playing career was coming to an end," he said.

"It has been on my mind recently but I have already been looking very much ahead to the next stage of my life, coaching.

"It's something that I'm really looking forward to pursuing and it's great that I've been given the chance to start it here at Colchester United, where I've spent much of my football career already."

Despite remaining on the playing staff, Hertfordshire-born Duguid has not featured for the Essex side since October 2012 and has been working with boss Joe Dunne's coaching team.