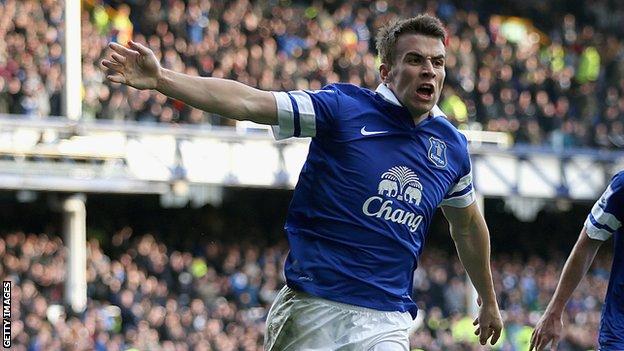 Everton manager Roberto Martinez says defender Seamus Coleman will not be leaving Goodison Park and is part of the club's new generation.

"It must be a different Seamus Coleman because we've not had a conversation with anyone," said Martinez.

"He's becoming an important player, we want Seamus to stay for a long time."

Coleman, whose current contract expires in 2018, has made 107 Premier League appearances since joining from Sligo Rovers for £60,000 in 2009.

He has missed just two top-flight matches this season, scoring six times in 26 appearances, to help his side challenge for a Europa League spot.

"We have a new generation coming through, we want to keep the senior players for as long as we can," added Martinez.

"We will always reward young players who do well and as they change their role within the squad it is only normal to be rewarded."