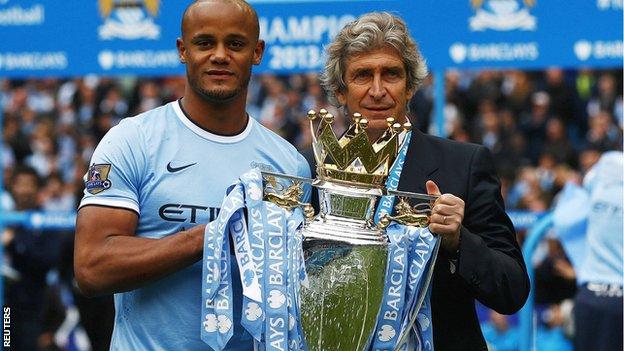 BBC Sport outlines the promotion and relegation issues - and the race for Europe - in England and Scotland.

Manchester City clinched their second Premier League title in three seasons with a 2-0 win against West Ham on the final day of the season. They will be joined by runners-up Liverpool and third-placed Chelsea in the group stages of next season's Champions League, with fourth-placed Arsenal entering in the preceding play-off round.

English clubs have three places in the Europa League - for the FA Cup winners, Capital One Cup winners and fifth-placed Premier League side.

As Arsenal have claimed a Champions League spot, it means their FA Cup final opponents Hull City have qualified, and will enter the Europa League in the third qualifying round. Tottenham Hotspur (who finished sixth in the Premier League but qualify because of Manchester City's League Cup success) enter in the subsequent play-off round, with fifth-placed Everton joining at the group stage.

There is no extra place through Uefa's Respect Fair Play table as the additional places went to Norway, Sweden and Finland.

The bottom three teams will be relegated to the Championship. Cardiff City and Fulham went down on the penultimate weekend of the season after losing to Newcastle and Stoke respectively, and they were joined on the final day by Norwich City whose relegation was confirmed as they lost 2-0 to Arsenal.

Leicester City were promoted on 5 April after they won the previous night and other results went in their favour, and they clinched the title after winning 1-0 at Bolton on 22 April. Runners-up Burnley were promoted on 21 April after beating Wigan 2-0, and QPR beat Derby 1-0 in the play-off final on 24 May to earn the third promotion place.

Yeovil were the first team to be relegated to League One after losing 2-0 at Brighton on 25 April, while Barnsley joined them the following day after losing 3-1 at Middlesbrough. Doncaster dropped out of the Championship on goal difference after losing 1-0 at Leicester on the final day of the season.

Wolves sealed promotion with a 2-0 win at Crewe on 12 April, while a 3-1 victory at Leyton Orient secured the title nine days later. Runners-up Brentford beat Preston 1-0 on 18 April to clinch the second automatic place.

Four teams go down to League Two. Relegation was confirmed for Stevenage after their 3-1 home defeat by Bristol City on 21 April, and Shrewsbury joined them after a 4-2 defeat by Peterborough five days later. Tranmere, beaten 2-1 at home by Bradford, and Carlisle, who lost 3-0 at Wolves, went down on the final day of the regular season.

Chesterfield, Scunthorpe and Rochdale all clinched automatic promotion with a game to spare as the Spirites won 2-0 at Burton, the Iron went up despite a 2-0 loss at Exeter, and Dale beat Cheltenham 2-0. Chesterfield, the only one of the three to win on the final day, clinched the title by beating Fleetwood 2-1.

In the play-off final for the fourth promotion spot, Fleetwood beat Burton 1-0 to reach the third tier for the first time.

Torquay were relegated to the Conference Premier on 26 April despite a 3-1 win over Mansfield, while the second relegation place was filled by Bristol Rovers after they lost 1-0 at home to Mansfield on the last day of the season.

Luton Town were promoted to League Two as Conference champions on 15 April, while play-off winners Cambridge United will be in the Football League for the first time in nine years after beating Gateshead 2-1 in the final.

Hyde's relegation was confirmed on 11 March with a 3-0 defeat at Alfreton. Tamworth followed on 8 April after losing 2-0 at Luton and Dartford joined them after a 3-2 defeat by Tamworth on 21 April. Chester went down on the final day of the season, on goal difference after drawing 2-2 with Salisbury.

The relegated quartet will be replaced by the champions and play-off winners of the Conference North and South divisions. Eastleigh won the Conference South title after a 2-1 victory over Basingstoke on 18 April while Dover Athletic beat Ebbsfleet 1-0 in the play-off final. AFC Telford United took the North title by beating Gainsborough on the final day, while Altrincham beat Guiseley 2-1 after extra time in the play-off final.

Champions Celtic, who secured the title by winning 5-1 at Partick Thistle on 26 March, will enter the Champions League at the second qualifying-round stage.

Three teams qualify for the Europa League. The Scottish Cup winners (St Johnstone or Dundee United) and Premiership runners-up Motherwell will enter the competition in the second qualifying round, with third-placed Aberdeen in the first qualifying round.

There is no extra place through Uefa's Respect Fair Play table as the additional places went to Norway, Sweden and Finland.

Hearts' relegation was confirmed on 5 April despite their 4-2 win at Partick Thistle, while 11th-placed Hibernian were relegated on 25 May after losing on penalties to Championship play-off winners Hamilton.

Dundee were promoted as champions following a 2-1 win over Dumbarton on the final day, while runners-up Hamilton secured a spot in the top flight after beating Premiership side Hibernian 4-3 on penalties in the play-off final.

Bottom club Morton were relegated to League One on 12 April after losing 2-0 at Alloa. But ninth-placed Cowdenbeath escaped relegation after beating League One side Dunfermline in the play-off final.

Rangers clinched the League One title and automatic promotion with a 3-0 win over Airdrieonians on 12 March. But they will be the only team promoted after Championship side Cowdenbeath triumphed over Dunfermline in the play-off final.

Peterhead were promoted to League One as champions on 12 April after they beat Clyde 2-0. They will be joined by play-off winners Stirling Albion who beat East Fife over two legs in the final.

There is no relegation from this division, but Queen's Park finished as the bottom club in Scottish senior football.