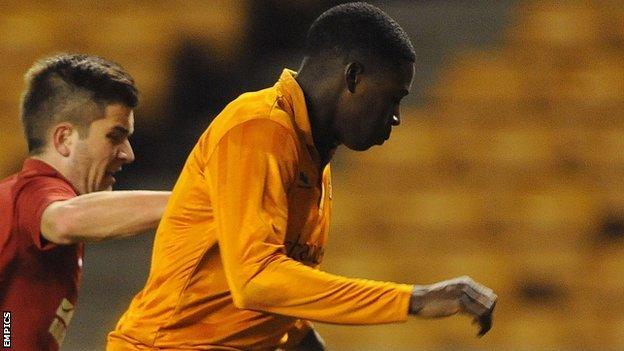 The 18-year-old right-back went straight into the squad for Tuesday night's trip to Colchester.

Iorfa's arrival brings Town's quota of loan players back up to six following the return of Miles Storey to Swindon.

That meant Nathaniel Mendez-Laing being left out at Colchester, to comply with the rule of only five loan players allowed in a matchday squad.

"He gives us a bit of cover there," Town boss Mike Jackson told BBC Radio Shropshire.

"He'll give us something different. He's quick, a good size, and a good addition to the squad."

The England Under-18 international came through the youth system at Molineux.