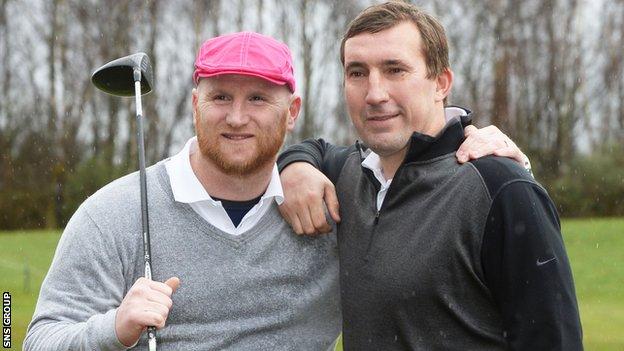 Former Celtic captain Alan Stubbs is open to furthering his managerial ambitions at a Scottish club.

The 42-year-old former defender is currently in charge of Everton's under-21 team but is keen to progress to a senior position over time.

"I do want to manage," he told BBC Scotland. "I think it's something I could do really well at.

"If something does come up (in Scotland) it would be something that I would consider."

"The jobs have got to come up first," he said. "I don't like to do anything while people are in jobs, because one day it could be me, roles reversed.

"I would never say never but it's got to be right, because I don't want my first job to be my last."

Stubbs is a former team-mate of current Celtic manager Neil Lennon, who he believes is doing everything that is asked of him in Scottish football.

Speculation has often linked Lennon with a move to the Premier League in England, with some saying he needs a new challenge as Celtic canter to a third successive championship.

"All Neil can do is beat what's in front of him," said Stubbs, who was Celtic's record signing when joining from Bolton for £4m in 1996.

"It's a shame that Rangers aren't there (in the Scottish Premiership) but I think that will happen in the not to distant future.

"When you're winning there will always be speculation. In the past he's categorically said that he's really happy at Celtic.

"Because of the job he's doing he will get linked with jobs in England. But then the next question will be - will Neil want to leave?"