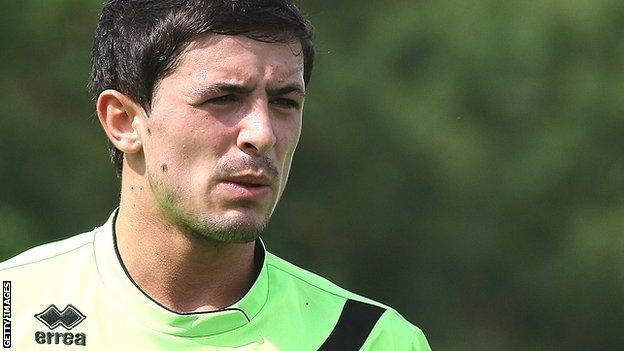 The 20-year-old joined the Rams after being released by his hometown club Newcastle United in 2012.

Hoganson made four first-team appearances in the 2012-13 season but he has not featured at all for the Championship side this term.

He has been included in the squad for Tuesday night's home Conference Premier fixture against Tamworth.