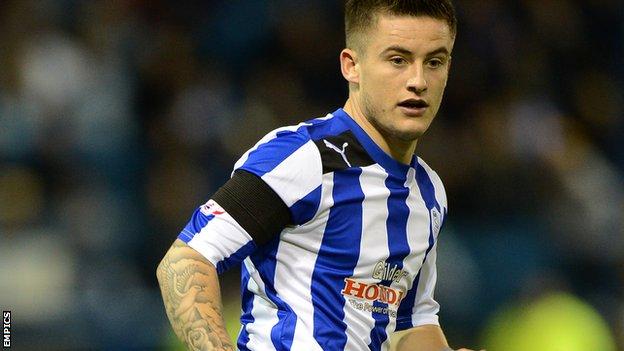 Both players will now be with Pompey until the end of the season.

McCabe, 21, who joined the Owls from Scottish side Rangers in 2012, has made nine appearances this term.

Fellow midfielder Diagouraga, 26, has started six games since moving to Fratton Park from his League One parent club on an initial month-long deal.

"Toumani has got better and better with every game and I think he'll have a big impact in our remaining matches this season," Portsmouth boss Richie Barker told the club website.

McCabe has made 32 appearances for Wednesday since arriving at Hillsborough, but has not featured for Stuart Gray's side since their 2-0 win at Reading in February.

"We were eager to bring Rhys in when we knew he was available because he's a quality player who will help keep possession in the centre of the park," said Barker.

"He hasn't been in the Sheffield Wednesday side recently and is hungry to play. He jumped at the chance to come here, which is a good sign.