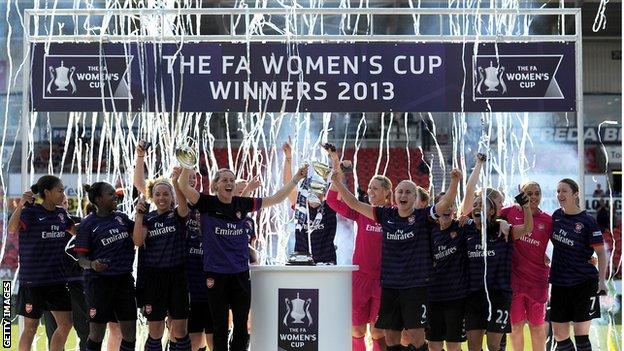 Arsenal Ladies will begin their defence of the FA Women's Cup with a home match against Gillingham.

FA Women's Super League 1 sides enter the competition at the fifth-round stage with the ties to be played on Sunday, 13 April.

Cup runners up Bristol Academy are at Chelsea, Manchester City are home to Reading, while Super League champions Liverpool travel to Sunderland.