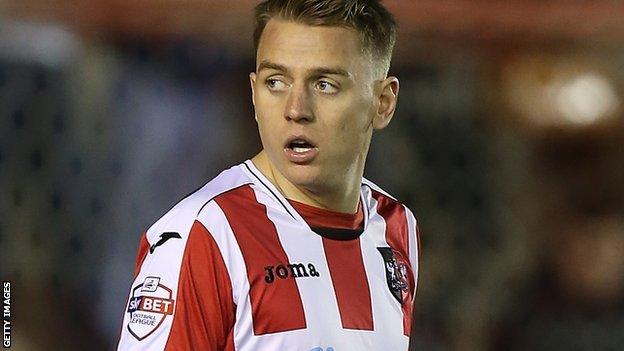 Exeter controlled the first half, and were rewarded when Fleetwood's Jon Parkin turned the ball past his own goalkeeper from a free-kick.

Exeter pushed on in the second period, and a quick double from Richards condemned Fleetwood to their first defeat in seven games.

The Cod Army are now six points off the automatic promotion places.

"It wasn't good enough. All three goals were from set-pieces, which is a massive disappointment.

"I didn't think we competed at the level we are expected to. We didn't compete. It looked like it was more important for Exeter to get the points than us."