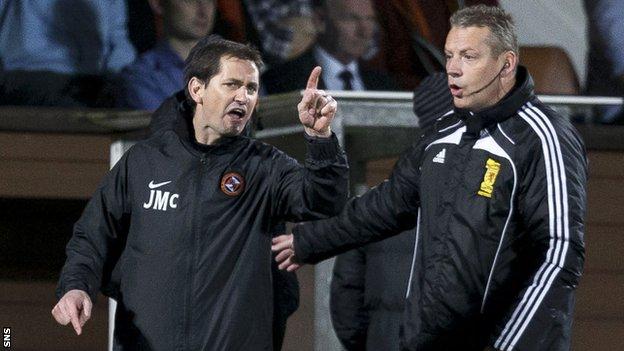 The pair have been issued with a notice of complaint by Scottish FA compliance officer Vincent Lunny.

Wright is accused of adopting "a threatening and aggressive attitude towards an opposing member of team staff" during Saint's 1-0 victory.

McNamara is accused of "repeated use of offensive and insulting language".

The pair, who were both sent to the stand during the match by referee Crawford Allan, have until 21 March to respond ahead of the 10 April hearing.

Wright accused McNamara of disrespecting his team during the clash at Tannadice.

McNamara refused to comment on the incident after the match, however United are to write to the Scottish FA about the conduct of Iain Brines, with the Arabs boss unhappy at being manhandled twice by the fourth official.