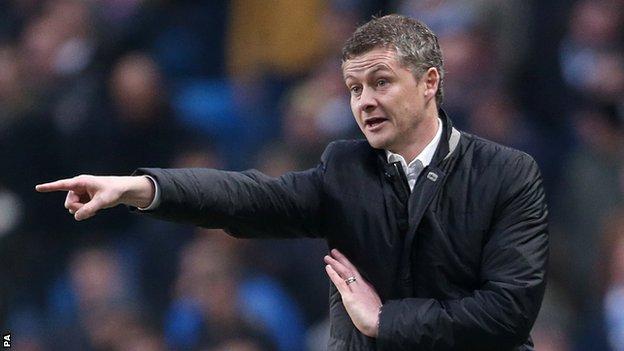 Cardiff City boss Ole Gunnar Solskjaer insists he has not taken offence at remarks made by Everton manager Roberto Martinez.

Martinez has said he does not believe "the quick turnaround of a manager will give you long-term success".

"I know for a fact Roberto never ever mentioned me or Cardiff," said Solskjaer, who replaced Malky Mackay in January.

"I know it's not a dig at Cardiff; it's general research that's been made."

He added: "When you go on all these courses - [Uefa] pro licence and all these things - you get stats.

"The stats say you get a quick reaction [from a managerial appointment] and then sometimes it just flattens out and maybe even goes down.

"Sometimes the club's made the right decision and it goes one way. There's no right or wrong."

Cardiff travel to Everton on Saturday on the back of a 3-1 home win over fellow strugglers Fulham last weekend.

Solskjaer succeeded Mackay with Cardiff a point above the Premier League relegation zone,, but the Bluebirds are now in the bottom three, albeit on goal difference.

Cardiff are among seven Premier League clubs who have made managerial changes this season, with Fulham changing managers twice.