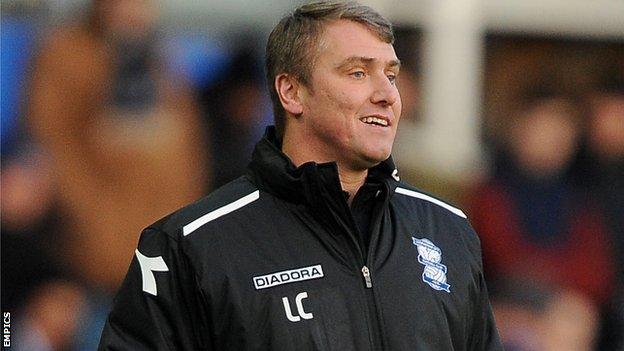 "There's a report been filed and we've had conversations between all the parties," Clark told BBC WM.

It is a tough job and we want to help them - even if it might not look like it on the touchline.

"We're happy with how things have panned out. We've flagged it up and we've had a good dialogue."

Clark was unhappy about the way Linington spoke to Robinson when booking the Blues full-back for protesting after Burnley had gone 2-1 up.

"We wanted to speak to someone about it and, by Thursday morning, we'd dealt with it," said Clark, who had been in contact with referees' body Professional Game Match Officials (PGMO).

"As I said at the time, I never questioned his performance because I make mistakes, the players make mistakes, referees makes mistakes - not on purpose but it's human nature.

"It is a tough job and we want to help them - even if it might not look like it on the touchline."

Birmingham are already one club who have started inviting referees to take charge of training matches in an effort to improve the relationship between officials and players.

"We invite referees into our training ground for sessions so my players get a feel for them and the refs get to understand the players," said Clark.

"We've done it three or four times already and we'll continue to do it.

"We get local referees, who'll never referee a Birmingham City game, and I think it benefits everybody. We want to get solutions to the problems that come up."