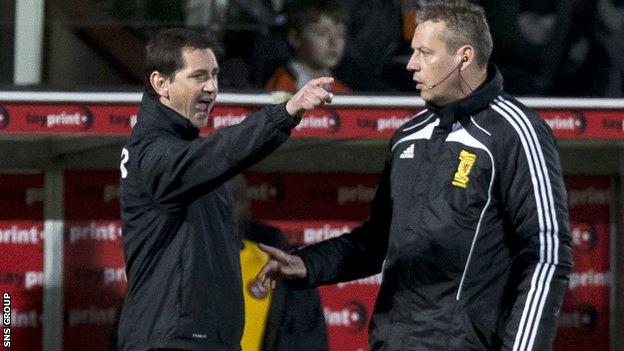 Dundee United are to write to the Scottish FA about the conduct of fourth official Iain Brines during Wednesday's 1-0 home defeat to St Johnstone.

A source close to manager Jackie McNamara says he is unhappy at being manhandled twice by Brines.

Wright later said he was responding to "disrespect" to his players from McNamara.