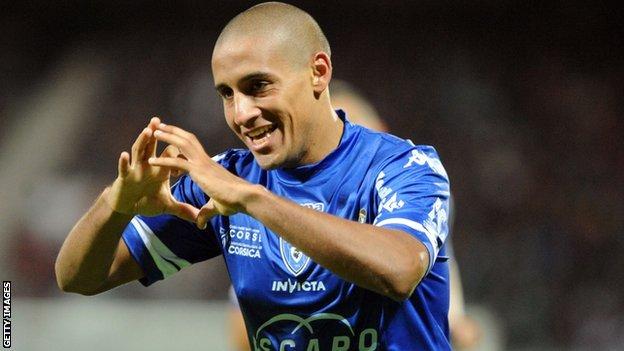 Tunisia and Bastia midfielder Wahbi Khazri has been ruled out for at least 10 days after being left with four broken teeth from a kick to the mouth.

The 23-year-old suffered the injury in training when he was hit by a team-mate, the French club said.

Kahzri has undergone successful dental surgery and also had stitches in his lip, but will need time to recover.

Bastia will be without the player, who has been a standout performer this season, for two Ligue 1 matches.

Kahzri's performances have not gone unnoticed France and he was linked with a move to Lyon last summer.