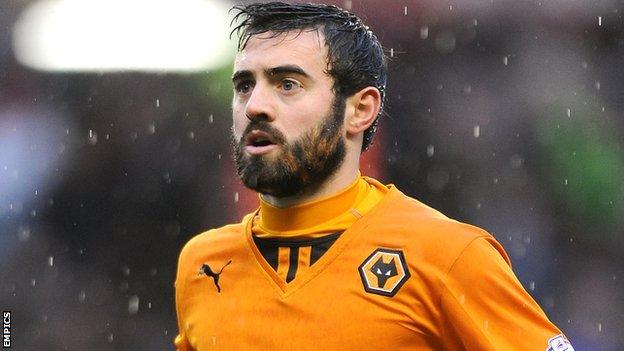 Wolves midfielder Jack Price has agreed a two-and-a-half year extension to his contract at Molineux.

Academy graduate Price has signed until the summer of 2016, with the club having an option for a further year.

I was a Shrewsbury fan as a lad and still want the team to do well but, having been here this long, I think everyone knows how strongly I feel about Wolves as well

"As soon as the club said they wanted to discuss a new contract I was delighted and my whole family were as well," 20-year-old Price told the club website.

"I'm delighted to sign for another few years. I want to kick on this season."

Price, who has been with Wolves since the age of seven, was given a chance to stake a claim for first-team action during pre-season by head coach Kenny Jackett and has played 21 times so far in his breakthrough season.

"Jack is a very good footballer and also a very enthusiastic personality who is terrific to have around the place," Jackett said.

"He has been a real bonus for us this season and I am delighted that he has committed his future to Wolves."

Price made his debut in a 4-0 win over Gillingham in the first home game of the season and, after recovering from a knee injury at the start of 2014, has played a regular part in the club's record-breaking run of nine successive wins.

The League One leaders face Shrewsbury at Molineux this weekend in a game with special resonance for Price.

"I was a Shrewsbury fan as a lad and still want the team to do well but, having been here this long, I think everyone knows how strongly I feel about Wolves as well," Price said.

"It is nice timing to sign the contract before the game and I have been looking forward to this one since the fixtures came out."