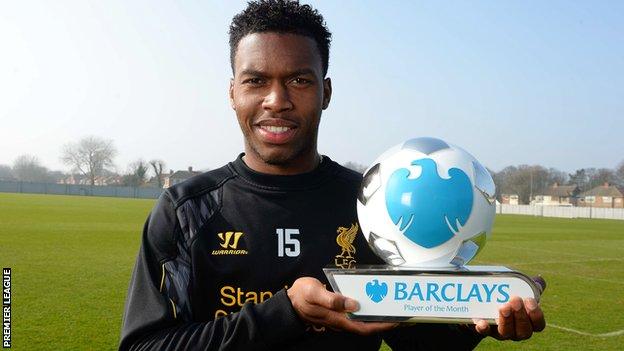 Liverpool's Daniel Sturridge has won the Barclays Player of the Month award for the second time this season.

The England striker, 24, who also won the August award, was rewarded for five goals and two assists in February.

Sam Allardyce, 59, received the manager's award after West Ham gained a maximum 12 points during the month.

Sturridge's performances helped Liverpool, second in the table, to three wins from four, including the 5-1 Anfield success over Arsenal.

It is the fifth time Allardyce has been chosen as Barclays Manager of the Month, the last was in 2006 when he was in charge at Bolton Wanderers.