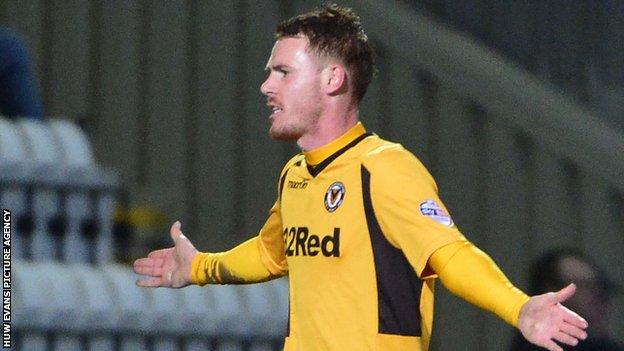 Newport County have been unsuccessful in overturning the red card shown to Tom Naylor in Tuesday's 4-1 loss at Morecambe.

The defender will serve a one-match ban, so will miss this Sunday's League Two game with Exeter.

Naylor was sent off after fouling Kevin Ellison in the area early into the second half of the match, conceding a penalty in the process.

Newport had lodged a wrongful dismissal claim with the Football Association.