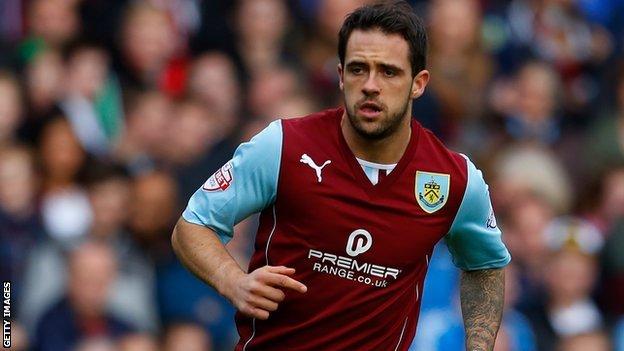 Ings, 21, has helped see Burnley into the automatic promotion places with 20 league goals so far this season.

Ings said: "It's crazy. I've not had much luck with injuries in the last couple of years but I've managed to turn that around this season."

The former Bournemouth man's form has seen him called up to the England Under-21 squad and he will now hope to follow in the footsteps of 2012 winner Rickie Lambert in going on to represent the senior side.

Derby and England Under-21 midfielder Will Hughes, 18, was the winner of the Young Player of the Year award and fellow Rams youngster Mason Bennett, 17, who is currently out on loan at Chesterfield, won the Apprentice of the Year award.

Yeovil manager Gary Johnson was rewarded for taking his side to the Championship for the first time in their history with the Outstanding Managerial Achievement award.