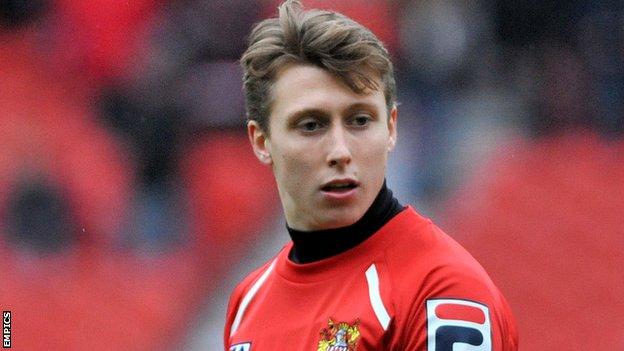 Stevenage winger Luke Freeman has said his future at the club will become clearer in the summer.

Boro, who had considered selling the 21-year-old in January, could trigger a 12-month extension to his current contract, which expires in the summer.

"I've got to talk to the club at the end of the season. There's a year option in their favour," Freeman told BBC Three Counties Radio.

"I'll have to see what comes of it. I'm sure I'll chat to Stevenage about it."

He added: "The main thing is concentrating on winning."

Stevenage are in the middle of a League One relegation battle, but climbed out of the drop zone for the first time since November on Tuesday night, drawing 1-1 with Preston to extend their unbeaten run to five games.

Freeman, a former Arsenal and Gillingham youngster, has played 43 times for Graham Westley's side this season, scoring five goals.

That is the same number of games he played throughout the whole of the previous campaign.

It seemed Westley may lose the playmaker in January, with the club eager to raise cash, but Boro managed to keep hold of Freeman, despite interest from Championship sides.

"I've got a lot of respect and thanks for the gaffer," he said.

"He's played me quite a lot this season, which I've been grateful for. Last season didn't really go to plan for whatever reason.

"So I'm concentrating on working hard for the team."