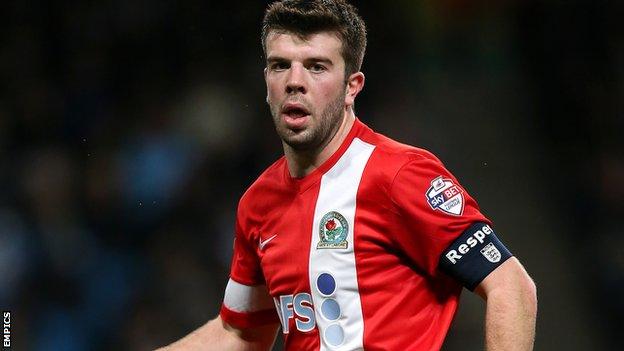 The 22-year-old Scotland international limped off with a suspected hamstring strain in the second half of Wednesday's home defeat by Bournemouth.

Bowyer told the club website: "To be fair to him he shouted it early doors.

"We are hoping that it is not as bad as you first think when he limps off with a hamstring problem - that was a blow for us."

Bowyer is keen for a positive outcome as his side reach a busy and crucial part in their season.

Rovers are nine points behind seventh-placed Reading with 12 matches remaining in their season - and they have a game in hand on the Royals.

The Blackburn boss added: "We are now approaching a stage of the season where after we play Leicester at home, we play Saturday, Tuesday for three weeks, so we need everybody fit and well.

"They are the cards we have been dealt and we just have to get on with."