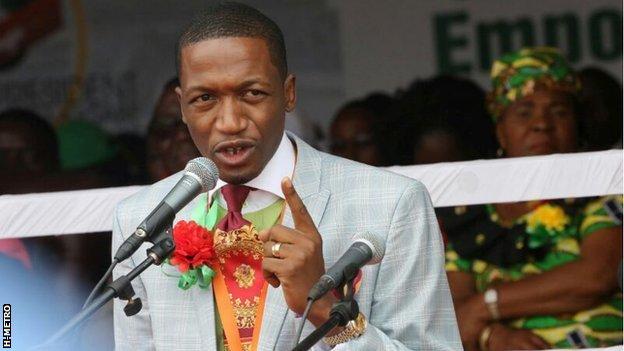 A Zimbabwean prophet has launched a $1.5m legal claim against a South African sports broadcaster over its claim he predicted Liverpool would win this season's English Premier League.

Liverpool are currently second in the league with 10 games to play.

But Angel feels his reputation will be damaged if they do not win the title.

A summons in Harare High Court read: "The plaintiff claims the sum of $1,500,000 considering his character and stature as a prophet with great following... who is respected the world over by religious, social and political leaders."

Angel says he is entitled to compensation as it would be "difficult to rehabilitate completely a reputation even if it is proved in court that the statement was misguided...".

The Herald newspaper, quoted the Angel as saying: "Liverpool, I am with you this year and God has shown me he is returning you to your glory days."