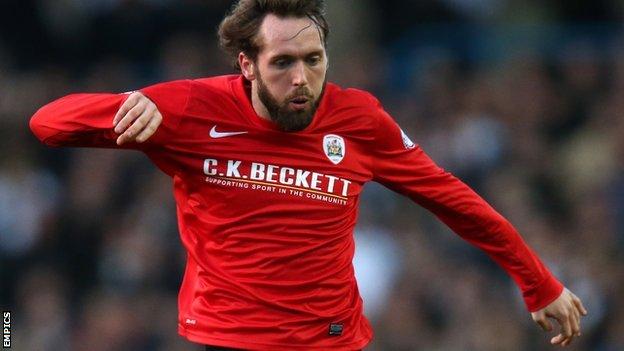 Barnsley midfielder Jim O'Brien is set to miss the rest of the season because he requires surgery on a knee injury.

The 26-year-old former Motherwell man has made 30 appearances for the Championship side this season.

"It's very unlikely that we'll see him again before the end of the season now."

Meanwhile, the Oakwell side could be without defenders Martin Cranie and Peter Ramage for some time.

Both players were forced off during Tuesday's defeat by Leicester City and Wilson confirmed neither are expected to feature against Watford on Saturday.