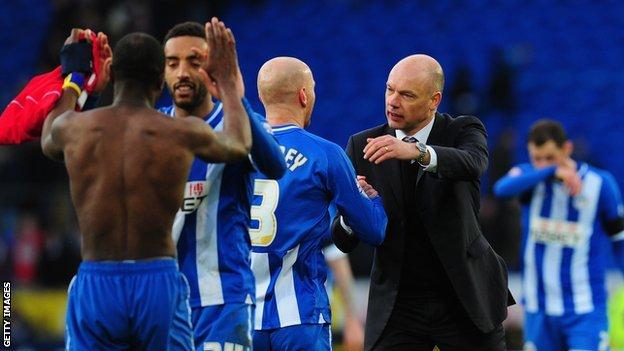 The Lancashire side defeated Manchester City 2-1 in their quarter-final, while Arsenal beat Everton 4-1.

League One outfit Sheffield United will take on Hull City in the second semi-final the following day at 16.00 BST.

The Blades beat Championship Charlton 2-0 in their quarter final, while Hull overcame Sunderland 3-0 to reach their first semi-final in 80 years.

Latics fans will be hoping there is no extra time because the last train leaving Euston Station for Wigan will depart at 20:31 BST.