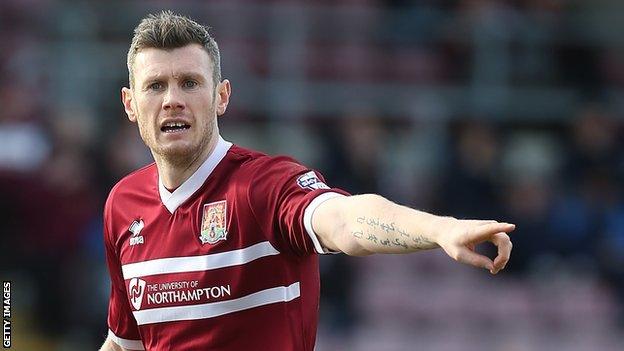 Northampton manager Chris Wilder would like to sign on-loan defender Zander Diamond at the end of the season.

The 28-year-old is out of contract at parent club Burton in the summer, but a lot will depend on whether the Cobblers avoid relegation from League Two.

"We're looking at the squad already. A lot of things are on hold obviously," Wilder told BBC Radio Northampton.

"But come the summer, if we've made a good impression on Zander and he's a free agent we will sit down and chat."

Diamond had played just 13 times for the Brewers this season when he joined Northampton in February.

The Scottish centre-half scored the Cobblers' equaliser in Saturday's 1-1 draw at Scunthorpe.

"It's great. I've enjoyed my time since I've been here," he said after the game.

"The boys have made me feel very welcome and I'm enjoying playing my football again."