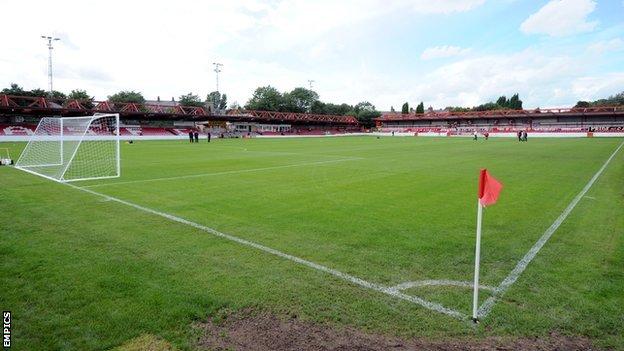 The 21-year-old is yet to make his competitive debut for the Latics.

He spent time on loan at Stanley's League Two rivals Burton earlier this season, making one appearance in the FA Cup.

Buxton is likely to make his debut for James Beattie's side in Saturday's league match against table-topping Chesterfield.