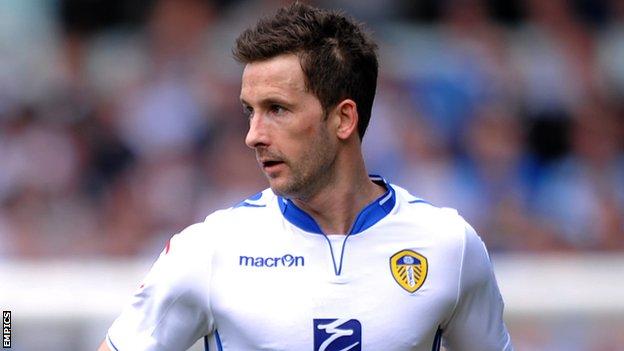 The 35-year-old left-back links up with the League One side ahead of their weekend trip to Brentford.

Drury, who has made three appearances for Leeds this season, is now fit again after injury.

"We're pleased Adam is able to go on loan, he hasn't played much this season and he needs to be playing games," Leeds manager Brian McDermott said.

Drury joined Leeds from Norwich City in the summer of 2012 after 11 years with the Canaries.

He is out of contract at the end of the season.