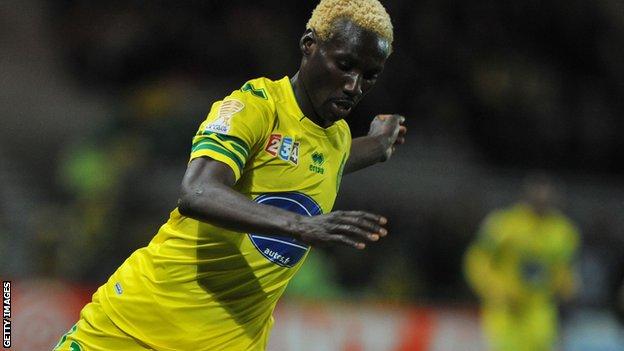 French side Nantes will not be able to sign any players until the summer of 2015 after losing an appeal against a transfer ban imposed by Fifa.

The eight-time champions were given the sanction following a dispute over the signing of Guinea forward Ismael Bangoura from Al Nasr in January 2012.

The court found that Bangoura, who has also played for Dynamo Kiev and Rennes, was under contract with Al Nasr when he signed for Nantes.

They can sell and release players but are barred from registering new signings with the French Football Federation.