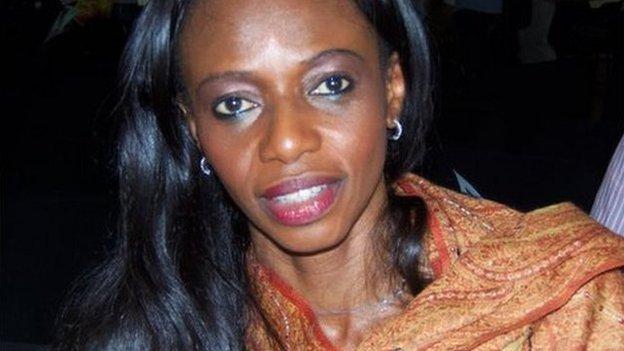 "I was asked by Isha to talk to Kallon FC fans to leave the ground after the game because the fans were making comments against the referees. But I told her that she should ask them out herself," the ex-Inter Milan and Monaco striker told BBC Sport.

"She then slapped me on the back of my neck. I didn't retaliate and I even restrained my supporters from retaliating.

"I have reported the matter to the police and I'm taking legal action.

"My fans were making comments because they were not happy about the poor officiating of the the game."

Johansen has refused to comment on the matter but SLFA spokesman John Konteh revealed Johansen has also reported the issue to the police.

"Isha Johansen will not make any comment for now so as not to prejudice the police investigation," he said.

Johansen's report to the police states that she slapped Kallon in self defence because he pushed her.

The report further states that Kallon had used abusive language against Johansen when he was having an argument with the owner of the winning team before the slapping incident.

There has been bad feeling between Kallon and Johansen since the SLFA elections last August.

Both Kallon and Johansen were nominated for the position of president but Kallon was disqualified while Johansen was elected unopposed to become the first female boss of the SLFA.