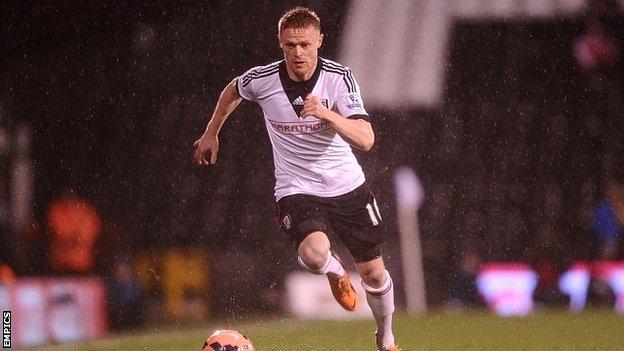 Fulham midfielder Damien Duff could have played his last game for the Cottagers after being ruled out for the rest of the season with a knee injury.

The 35-year-old's contract expires at the end of the season and has not played since the FA Cup defeat against Sheffield United on 4 February.

It is unclear whether the former Republic of Ireland international will need surgery.

Duff has made 18 appearances this season for bottom of the table Fulham.

Felix Magath's side are four points from safety and travel to second-bottom Cardiff on Saturday.