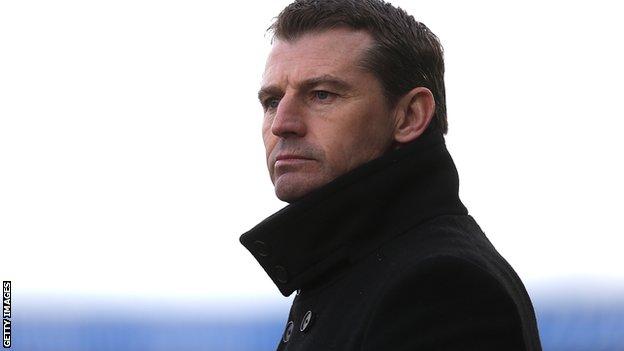 Hignett took up the same position at the Championship side after last weekend.

Cooper was in May 2013 and brought fellow Boro youth coach Hignett with him.

"The timing's bad, let's be honest. But these things happen and while I wish Craig and Middlesbrough every success, I'm concentrating on us," he said.

Cooper and Hignett both had long spells at Boro as players, but their paths did not cross until they were both working at the club's academy.

In November, the in improving the side's fortunes after a difficult start to their League Two campaign.

Recently, successive 3-0 home wins have reignited a promotion push that had stuttered thanks to a return of just 11 points from 12 league matches.

"Craig is good at his job but without trying to belittle him, I just treat have to get on with life and treat the situation as being one staff member down," 47-year-old Cooper told BBC Tees.

"There is still plenty to play for this season and I have to look at Wycombe, nothing else.

"Last summer I didn't think for one minute I'd be looking for a new assistant this quickly so I'll need a bit of time to mull things over."