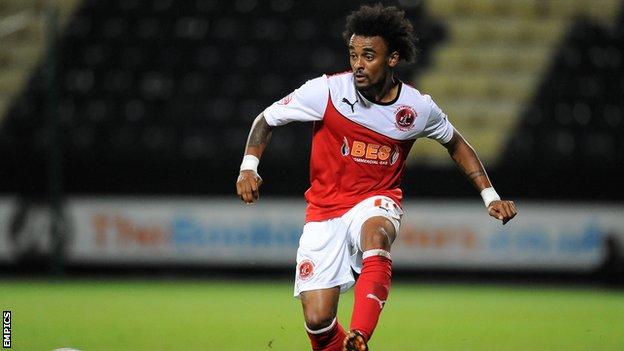 Fleetwood Town winger Junior Brown has joined League One side Tranmere Rovers on loan until the end of the season.

Brown was part of the Fleetwood team that won promotion to the Football League in 2012 and has played 31 times for the League Two club this term.

The 24-year-old could make his debut for Tranmere at Stevenage on Saturday.

Rovers, who are 19th in the table, extended the loan spell of Fulham defender Stephen Arthurworrey earlier this week.