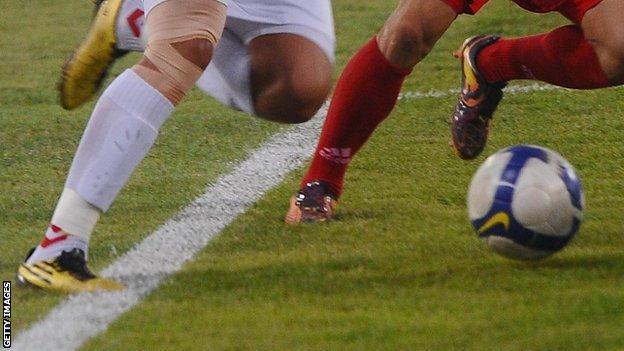 A Vietnam international defender has been given a record 28-game suspension by the country's football federation after breaking the leg of an opponent during a domestic league match.

Tran Dinh Dong, a 26-year-old player with Song Lam Nghe An, fouled midfielder Nguyen Anh Hung who is expected to be out for a year.

His coach said the club would appeal against the suspension.

The ban means Tran will not be able to return to action this year.

Speaking to local media, Tran's coach Nguyen Huu Thang said: "I will fine him if he does wrong. I think the VFF (Vietnam Football Federation) issued the fine under pressure from public opinion, not based on reality.

"We will appeal because his absence would strongly affect our name and V-League results."

The VFF said in a statement: "The punishment is meant to be a warning to players throughout the nation, where violent behaviour on the field has gradually become more popular."