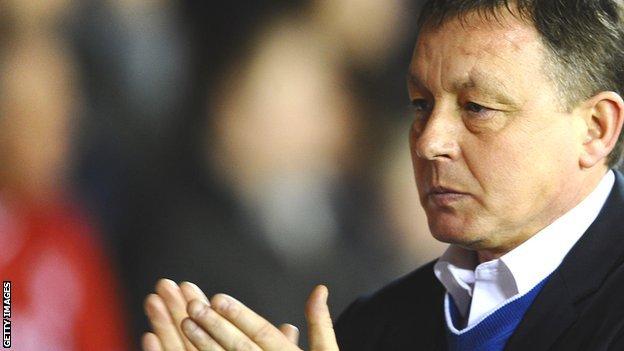 Nottingham Forest manager Billy Davies has been given a five-game touchline ban for his half-time behaviour during last month's 2-2 draw with Leicester.

The Scot, 49, admitted a Football Association charge of using abusive and/or insulting words and/or behaviour towards referee Anthony Taylor.

And he was found guilty of deliberately making contact with the official.

Davies, who was also fined £9,000, was infuriated by Taylor's decision not to send off Leicester's Wes Morgan.

Morgan was booked for a foul on Jamie Mackie and Forest scored from the resulting penalty just before the interval at the City Ground.

Davies had denied the second charge.

He will now be banned for three away games, including Forest's trip to fierce rivals Derby County, and home fixtures against Doncaster Rovers and Charlton Athletic.