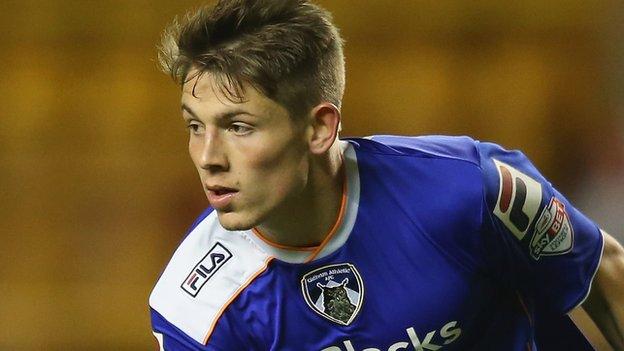 Rovers keeper Owain Fon Williams denied Will Grigg early, with Alan Judge's follow up then cleared off the line.

In response, Stephen Arthurworrey and Ryan Lowe hit the bar for the visitors.

Former Crewe, Hibernian and York striker Donaldson met a Judge cross to head home his 16th goal of the season, and was soon after denied a second by Fon Williams.

Brentford remain third in the table, just one point behind second-placed Leyton Orient - who they face on Saturday.

Rovers drop back into the relegation places, behind Stevenage on goal difference.

"I thought for the first 35 minutes we came out of the blocks quickly and could have put the game to bed.

"They hit the bar twice and we gave them chances.

"In the second half we had good energy, desire and tempo and we moved the ball well and wore them down. Once we got the first goal we looked very dangerous.

"For us our focus is now totally on Leyton Orient. We want to go there and show what we can do."

"I thought we competed and we got in their faces.

"You come to a place like this, you expect them to have more of the ball - but we were disappointed in the end."

Shots on Target
Home11
Away1