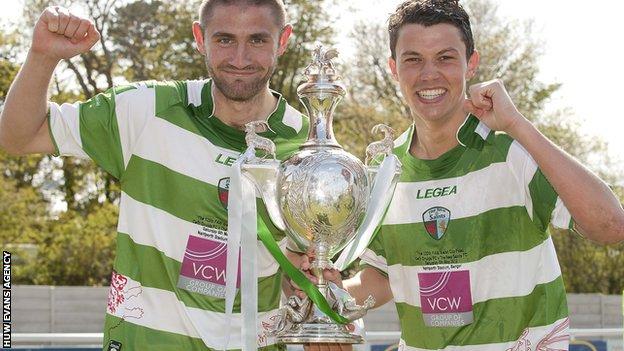 Welsh football minnows Holywell Town have been drawn against Aberystwyth Town in the Welsh Cup semi-finals.

The Wellmen, play in the Wales Alliance division one and are the first team from the third tier of Welsh football to reach this stage of the competition.

Bala are aiming to reach their second domestic final this year having lost in the Word Cup to Carmarthen in January.

Both ties will be played on the weekend of 5 and 6, April.

Holywell player-manager John Haseldin hopes his side can reach the final but admitted it will be difficult.

"The pressure will be on Aberystywth. They'll be expected to go through.

"But we'll do our best, put a good show on and hopefully we've maybe got one more upset in us."