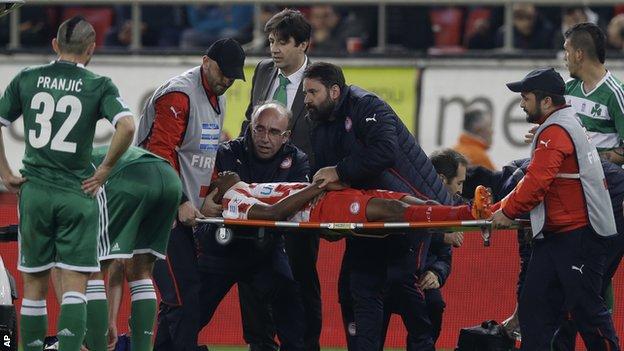 Olympiakos striker Michael Olaitan is "stable" in a Greek hospital after collapsing during the first half of a 3-0 defeat by Athens rivals Panathinaikos.

The Nigerian, 21, was running off the ball when he fell to the ground.

Earlier, Panathinaikos manager Yannis Anastasiou, a former coach at Reading, fell to the ground after being hit with an object thrown from the crowd.

Olaitan, who helped Olympiakos beat Manchester United 2-0 on 25 February, regained consciousness before being taken to hospital for tests.

"I am pleased to inform everyone that after initial tests there is no sign of a serious medical condition," Olaitan's representative Paschalis Tountouris said..

"What appears to have happened is that Michael had a mild case of viral myocarditis. As a precautionary measure he will remain in hospital for the next few days to undergo further tests."

The game was goalless when Olaitan collapsed but Olympiakos, the runaway leaders, fell behind just before half-time when Croatian midfielder Danijel Pranjic scored.

Marcus Berg doubled the lead in the 67th minute before Mehdi Abeid completed a miserable day for the home side when he scored with a free-kick seconds before the final whistle.

Despite their first league loss of the season, Olympiakos, who visit Old Trafford for the return leg of their last-16 Champions League tie on 19 March, remain 19 points clear at the top of the table. 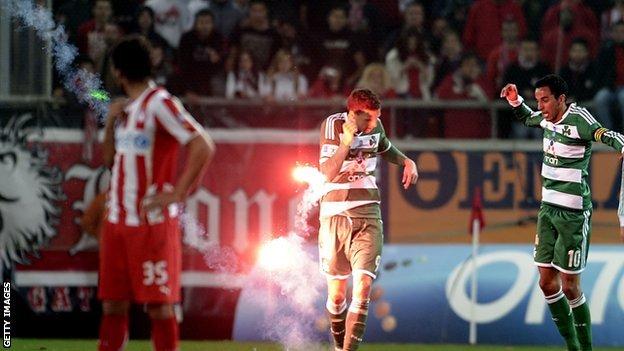 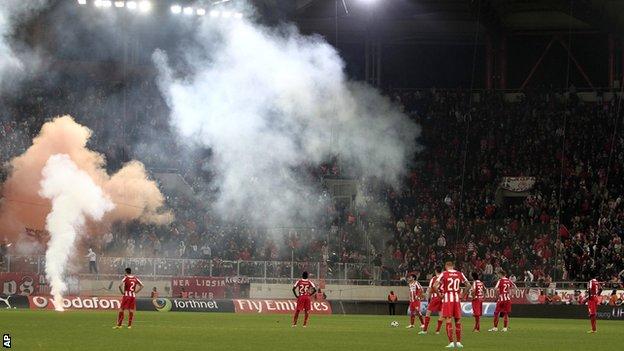 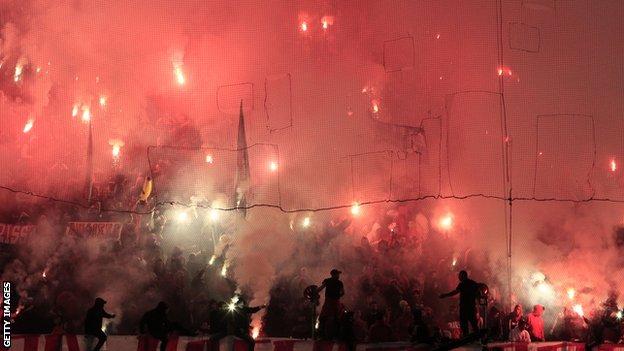