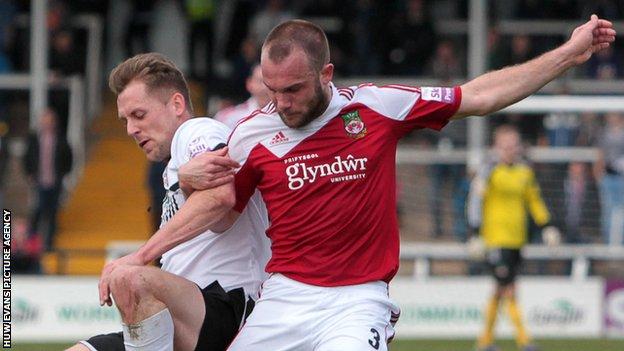 Wrexham lost 5-0 to Luton in Barr's first game in charge but won 2-0 at Hereford on Saturday.

"He knows us as players and we know him as a coach," Ashton said,

"He's a fantastic coach to work with on a daily basis.

"He's a great coach to work with and Mike [coach Michael Oakes] as well and they've got a great rapport with each other and with the players.

"We'll stand behind whatever decision that the board make on the manager's job.

"But I'm sure plenty of the lads, if not all the lads, in that dressing room would be happy [with Barr]."

Ashton said Morrell's departure after two and a half years in charge had come as a shock to the Wrexham players.

But the Dragons bounced back at Hereford with first half goals from Johnny Hunt and Rob Ogleby securing a 2-0 win.

Wrexham are eight points of the play-offs but Ashton believes they can still reach the top five.

"I'm an optimist so I don't see why not," Ashton added.

"We've got Kidderminster and Braintree, if we can get something from those two games I don't see why not.

"Depending on how results go around us we can only see what the table looks like then and we'll take it from there.

"We'll take it one game at a time but as I say I'm an optimist so fingers crossed."