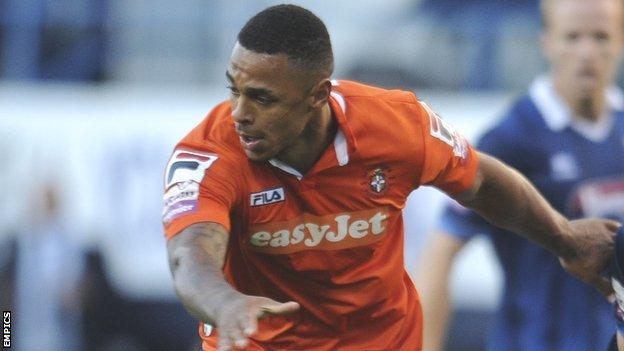 Andre Gray, making his 100th appearance for the visitors, struck the inside of the post with a powerful strike from more than 25 yards out.

The first half was bereft of clear-cut chances and the second half provided more of the same for the most part.

"It's a great point, it goes to show what a force we are at home.

"If we can take our home form and take it into the away form, I think we've got a great chance [of making the play-offs].

"We matched them and more. I'm pleased for the whole team performance.

"They (Luton) are a massive club, probably a League One club, so it makes it even more impressive that they can come here and we can match them for 90 minutes."

"It was a really tough game and in tough conditions. The pitch was difficult for both teams; hard to run with the ball.

"Away from home against a team with a very good home record - I'm not disappointed with the result. Can we play better? Well I think all our supporters know we can.

"Everyone by and large has done their bit, and you can't ask for more than that."