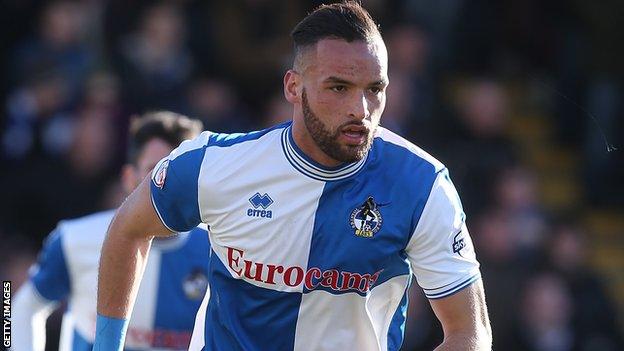 Rovers took an early lead when Chris Beardsley latched onto a Kaid Mohamed flick-on to head home at the back post.

With half-time looming, Neal Trotman nodded home the equaliser from close in after Rovers stopper Steve Mildenhall could only block a free-kick.

The hosts peppered the Pilgrims goal before Mohamed headed home the winner from a Lee Brown cross.

The win saw Rovers continue their climb up the League Two table to 14th place, while Argyle remained two-points off the play-off places in eighth.

"We tried extremely hard to win the game. We went on the front foot as often as we could.

"We played some good football. You can see why they're a good team because they threatened our goal on occasion to, so I have to be really pleased with that.

"On the back of beating Burton Albion here and a couple of tough away fixtures, that's a really good effort from everybody."