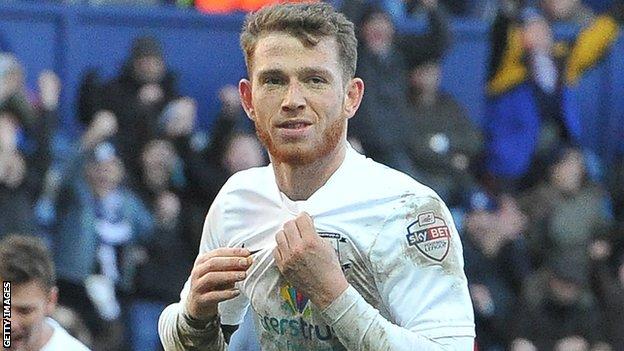 Chris Humphrey's deflected shot gave the visitors the lead, and he later set up Garner for a two-yard tap-in.

Gary Harkins lashed into the top corner from 12 yards for the Latics.

Jonson Clarke-Harris then saw red for handling Garner's shot on the line and, although the striker's penalty was saved, he did score with a dipping strike from 20 yards out late on.

"We had no choice but to get our head down.

"When you're up against the top side in the division, you have to make sure you're having a good day and for some reason the confidence looked a little low on the basics really."

Shots on Target
Home8
Away11