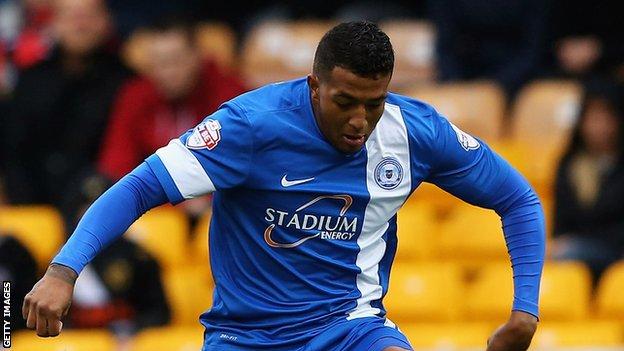 Birmingham-born Mendez-Laing, 21, is yet to complete a full 90 minutes in the three games he has played on loan.

But boss Mike Jackson has already seen enough promise to warrant extending the deal until the end of March.

"He has the ability to do something, He's getting game time and he'll get fitter. You need your sparky players," Jackson told BBC Radio Shropshire.

"I spoke to [Peterborough director of football] Barry Fry and we're extending that for another month. I'm grateful to him and [Boro boss] Darren Ferguson for allowing us to get it done."

Mendez-Laing started his career with Wolves before moving to Peterborough in July 2012, since when he has netted six goals in 41 appearances, including the second-half winner in Town's 1-0 defeat at London Road in October.