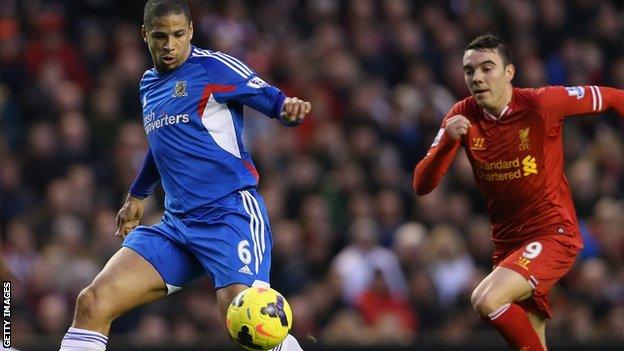 Hull City defender Curtis Davies believes his hopes of forcing his way into the England squad for the 2014 World Cup are over after not getting called up for next week's friendly against Denmark.

The 28-year-old has never been capped by the national side.

"I feel disappointed because I knew the manager was going to name a bigger squad," he told BBC Radio Humberside.

Hull City side have conceded only 31 goals in 27 matches, giving them the joint fifth best record in the Premier League

"I think this is the nail in the coffin of my chances of going to Brazil."

He added: "You never know until the last minute but, for me, anyone who was going to be in consideration would have been included in this 30-man squad.

"I thought I might have been picked but football is about opinions and obviously the manager's opinion on my style is that he doesn't like it enough to put me in the squad at the moment."

Davies has missed just one league game for the Tigers since joining from Birmingham City in the summer.

The former Luton, West Brom and Aston Villa defender has helped the club keep eight clean sheets in his 26 Premier League appearances and believes he is in the form of his career.

"I think, in terms of consistency, this is the best form I have been in," he said.

"I don't think I've really had a blip this season and I just want to keep that going.

"When you're doing well and things are going well at your club then you don't get tired and it makes a massive difference."

Steve Bruce's side host Newcastle on Saturday before facing Sunderland in the FA Cup quarter-final next Sunday.