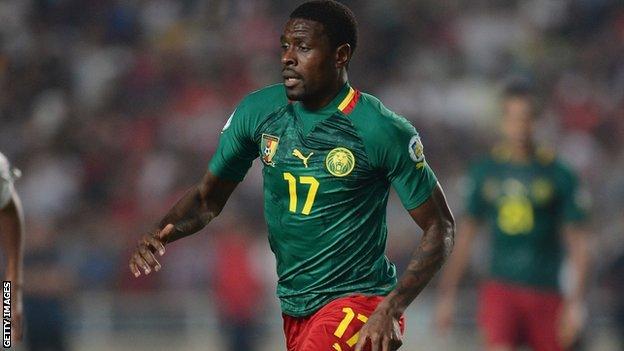 The 33-year-old Kaiserslautern striker last played for Cameroon in the World Cup qualifying play-off first-leg against Tunisia on 13 October.

He was not selected for the return leg which the Indomitable Lions won 4-1 to book their place at this summer's tournament in Brazil.

Idrissou, who is in good form for his German side and scored eight goals in the Bundesliga this term, has been picked to cover for the injured Achille Webo.

Finke is without injured midfielder Stephane Mbia but Jean-Armel Kana-Biyik is in the squad despite carrying a knock on his left thigh.

Eighteen-year-old centre-back Frank Bagnack, who plays for the Barcelona B team, has been handed his first call-up.

No Cameroon-based players have been called to the squad at a time when Finke is rounding up a camp for local players, many of whom hoped would find their way into the national team.