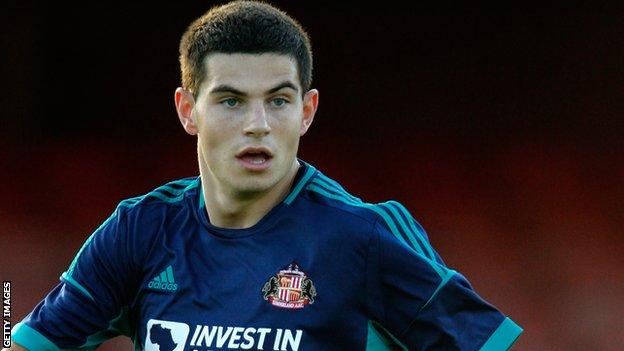 The 21-year-old Irishman is yet to make his Black Cats debut, but has had loan spells at Crystal Palace, Bradford and Sheffield United.

The Shrimpers have recently seen loan defenders Cian Bolger and Luke O'Neill ruled out with injury in their first games for the club.

"John is a no-nonsense kind of defender with an attitude of putting his head in," boss Phil Brown told BBC Essex.

"We've been very unfortunate in two loan deals with Cian Bolger and Luke O'Neill. Surely a third one can't go down in the first game.

"The one thing this lad has got is a solid, strong character."

Brown said he is still trying to make additions to his League Two play-off chasing side, who are winless in their last seven games.

"We're looking to improve in the back four and in the front line," he said.