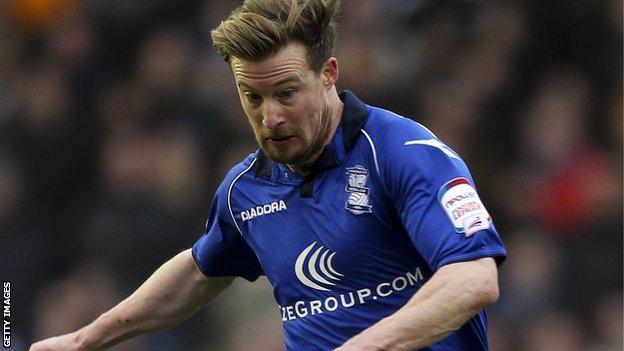 Bristol City have extended the loan deal of Birmingham City midfielder Wade Elliott until the end of the season.

Elliott joined the League One club on 27 January and his initial loan ended on Saturday.

The 35-year-old has made seven appearances for Steve Cotterill's side since his arrival.

Elliott has been with the Blues since 2011, playing 105 games, and is contracted at the Championship side until the summer.

"Everybody's been very welcoming; it's a great bunch of lads and a good club," he told the club website.

"I've enjoyed being here and playing games. I feel like I've been getting stronger as the weeks have gone on and hopefully that's shown in my performances.

"It's been a good spell and I've really enjoyed it so far. Now hopefully I can help push the club up the table."