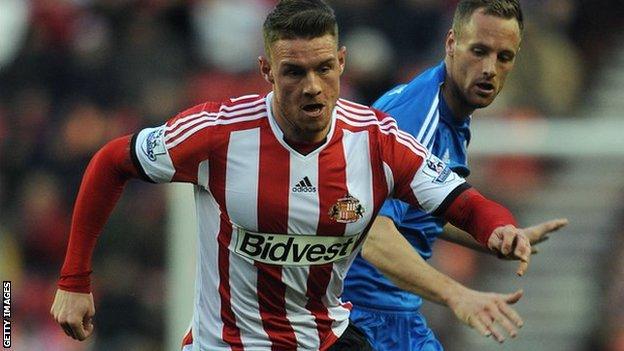 Leeds United have signed Sunderland striker Connor Wickham on loan until the end of the season.

Wickham, 20, had a loan spell with Sheffield Wednesday earlier this season, scoring eight goals in 11 appearances before being recalled.

The England Under-21 international joined the Black Cats from Ipswich for £8.1m in June 2011, but has started just nine league games for the club.

He could make his Leeds debut against QPR on Saturday.

"We are delighted to have signed Connor until the end of the season," boss Brian McDermott told the club website.

"There was a lot of competition for his signature, but he was very keen to come and play at Leeds United. He is another young English player who has everything in front of him."

How much do you know about the past 10 years of Leeds United?